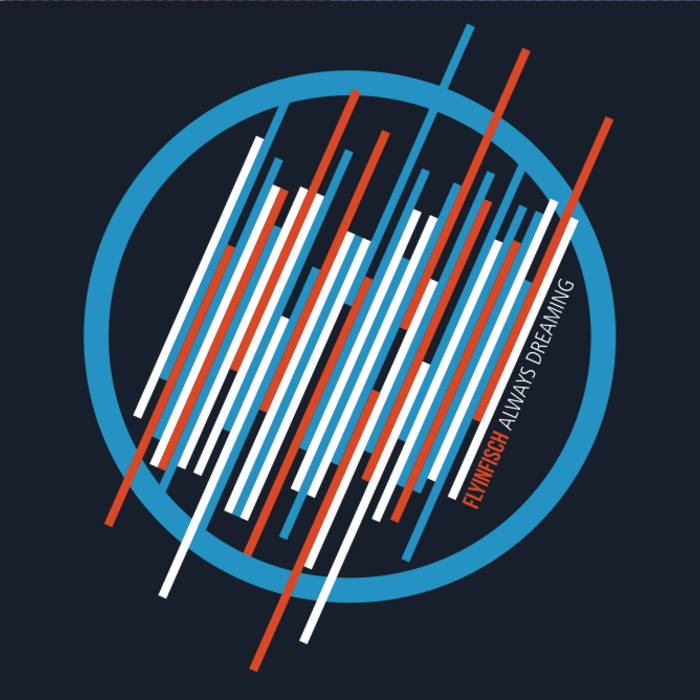 FlyinFisch is the brainchild of modern day Renaissance man, Adrian Fischer. In his latest studio album, “Always Dreaming,” Fischer explores themes of love and positivity, escape and possibility. A co-production between Fischer and Jose Luis Pardo of the Grammy-nominated Los Amigos Invisibles, the music flies in the face of genre or convention, blurring the lines between funk, jam rock, reggae, dub and electro pop.

On the title track, Fischer has written a kind of Daydreamer Manifesto. The Siren call of his vocals combined with the song’s ethereal, space reggae rhythm, sets the listener adrift on a hypnotic journey deep inside the imagination. It’s a technique he also employs to great effect in “It’s All The Same,” a spellbinding song about one love and unity. But don’t get too comfortable, because the album is well balanced with dynamic, up-tempo tracks like “Orange Crossing” and “So It Goes.” The latter of which fuses funk, electro-pop and new wave into an irresistibly catchy, and urgent dance song. While the beat lies on the opposite spectrum of say, a track like “Always Dreaming,” lyrically it’s all a part of the same ethos.

Ultimately, Fischer’s real talent lies in his ability to craft a sonic landscape that feels at once familiar, and totally unique. It’s a genre-busting sound that can only be described as elevation. And it’s a sound that wouldn’t be possible without his uncanny knack for songwriting, and fluency with a diverse range of musical influences.

Bandcamp Daily  your guide to the world of Bandcamp